El Clásico is behind us and both teams could not come up as victorious.

Luis Suarez opened the scoring for FC Barcelona while Sergio Ramos, the Real Madrid CF captain, scored at the end of the match. Final result: 1-1.

Lionel Messi and Cristiano Ronaldo were kept off the scoresheet. While the voting for the next France Football Ballon d’Or/Golden Ball winner has ended officially on November 27th, 2016, we will still keep the calendar year statistics going until the end.

Both superstars’ statistics until today are the following for 2016:

Another El Clásico. Another battle between the two giants of Spanish football. The winners of the last three Champions League will square off for the first time this season with Los Blancos currently holding a six-point lead at the top of la Liga Santander vs. their Catalan arch-rivals. Lionel Messi and Cristiano Ronaldo are available for the match, it does not get any better than this.

While Real Madrid CF and FC Barcelona are currently first and second of the Spanish league, it is difficult to say that they have really dominated, this season. We have seen both teams struggle against several opponents and drop some points, especially Los Blaugranas who can not let Zinedine Zidane‘s team get away with the three points today.

Andrés Iniesta, for the Catalans, will be back in action for this match while the Welsh international, Gareth Bale, is sidelined with an injury for Madrid.

My prediction: FC Barcelona takes it 2-1 and gets closer to their rivals at the top of the table.

Lionel Messi and Cristiano Ronaldo are still battling (along with French international, Antoine Griezmann and Uruguyan striker, Luis Suarez) for the next Ballon d’Or, while CR7 seems to be the favourite, let’s take a look at the statistics and the trophies won for the calendar year 2016 (Messi still has to play a game today at Real Sociedad):

We are as few weeks away before the voting ends and there should be no doubt that Lionel Andres Messi from FC Barcelona should be the clear favourite to win the Ballon d’Or this year. Here are the numbers (remember that the trophy is judged based on a calendar year, from January 1st to the last day of voting):

The difference is simply staggering. Ronaldo may have won the most prestigious trophies this year, but his performances have not been so great. He did not even feature more than 8 minutes in the final against France before being substituted in the 26th minute. His display vs. Atlético de Madrid in the Champions League final was almost invisible despite dispatching of the winning spot kick in the penalty shootout that occurred and he did not even feature in the UEFA SuperCup final won in the last minutes of the game vs. Sevilla FC.

Lionel Messi won the domestic double with his club, was clutch when the moment was needed. Elevated his game in La Copa America Centenario lost on penalties vs. Chili for the second year in a row (and we see currently see the difference when La Pulga plays for La Albiceleste and when he does not). Since the season has begun, despite missing a few games via injuries, he is simply untouchable with goals and assists in plenty. Messi is probably having his best beginning of a season ever.

France Football and FIFA have disassociated themselves, a few weeks ago, from the Ballon d’Or meaning that the French newspaper will dictate its previous formula once again. Will it be enough to see the Messi vs. Ronaldo saga end and another winner coming forward? We shall see. This year, Messi has been the best so far and deserves his sixth Golden Ball/Ballon d’Or. 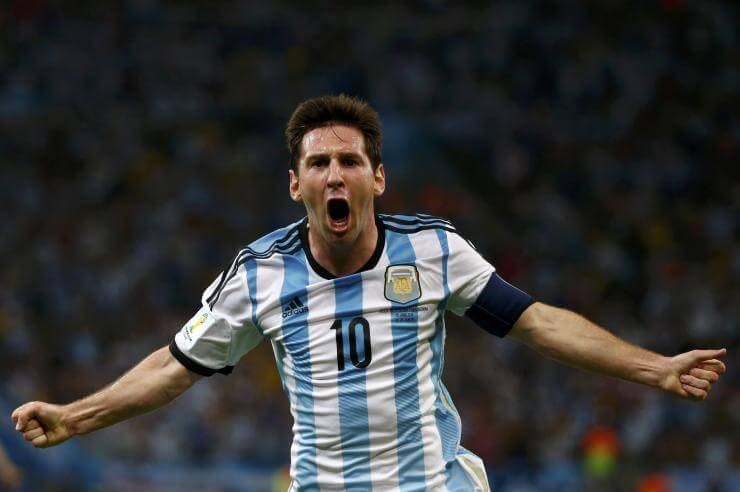 After the aftermath the UEFA European Championship in which Portugal, an unlikely winner, clinched its first international professional trophy, there were several praises for Cristiano Ronaldo, the captain of the national squad. Some deserved, some not. At the end of the day, despite the win, football fans should not forget that Lionel Messi was involved in another continental competition, la Copa America Centenario, a little earlier this summer and led his country to the final against the defending champion and, despite started the competition and on the bench injured, managed to tear the competition apart (5 goals, 4 assists in 5 games, 3 games started). Argentina ultimately lost on penalty kicks against Chile, for the second year in a row.

If Gonzalo Higuain would have been able to do to Chile and Claudio Bravo what Eder has done to France and Hugo Lloris in the final, Argentina may have won its first senior trophy since 1993, Lionel Messi would finally win a professional trophy with La Albiceleste, and critics would not have been so harsh and cruel versus the Argentine superstar, five-time Ballon d’Or winner and on the receiving end of countless individual and collective honours during his career, which started officially in 2004.

While CR7 is older and started his career a few seasons before Leo Messi, there is no doubt in my mind that La Pulga is the better player. While the former is physical phenomenon, a great header of the ball, and goal-scoring machine (especially since joining La Liga Santander) and without a doubt one of the best player of the last 20 years, Messi can do pretty everything on a football pitch. The little man can score, assist, pass the ball, direct the play and play in numerous positions with efficiency. We have seen Messi play as a number 10, 9, 9 and a half, as a winger and even as a number six (versus Germany in 2010 was shocking to see). He is up there with the likes of Pelé, Diego Armando Maradona, Garrincha, Franz Beckenbauer and Johan Cruyff. His simplification of the game and the fear that he strikes towards his opponents are simply baffling, while Ronaldo has often been absent during big games and Portugal’s victory in the final without their captain plus Real Madrid CF’s penalty kicks win against their local rivals, Atlético de Madrid, in the Champions League final with an absent and inefficient number 7 can testify furthermore of this fact.

The statistics, the silverware won and the impact on the pitch do not lie. Lionel Andres Messi is currently the best footballer on the planet and the question should be: where will he rank in the history of the game when his career will end.

And he should be the current favourite for the Golden Ball/Ballon d’Or 2016 if you look at statistics and honours won so far for the calendar year. 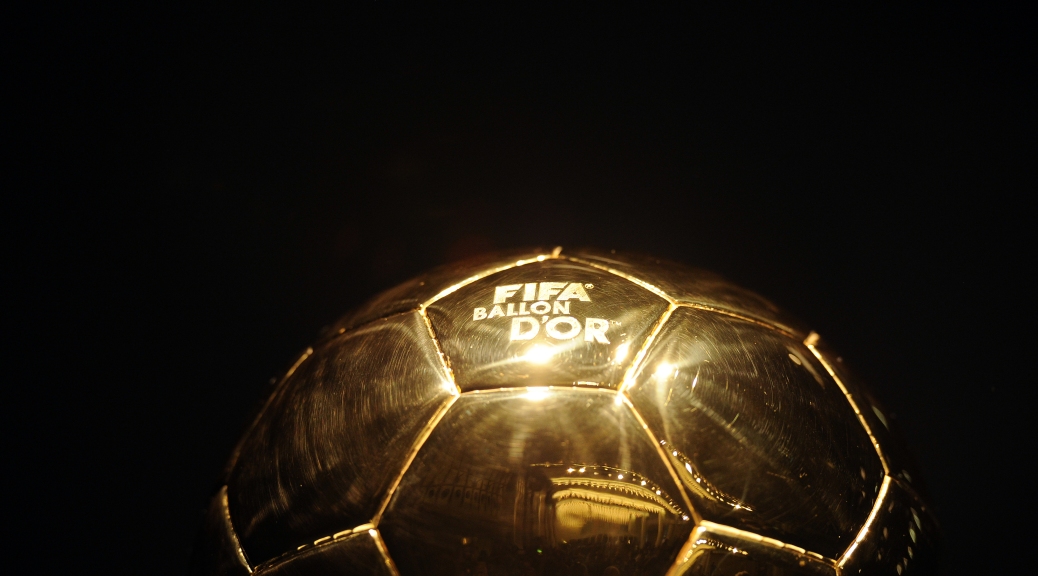 Lionel Messi and Argentina reached the final of La Copa America Centenario versus Chile last Sunday and once again, lost on penalties. Which means that La Pulga is still in search of his first senior’s title with La Albiceleste. Messi compiled an impressive 5 goals and 4 assists in five games during the tournament (he was a substitute against Panama and Bolivia in the group stage).

Cristiano Ronaldo and Portugal have reached the Quarterfinals of the Euro 2016 in their Round of 16 match against Croatia thanks to a late goal, in extra-time, by Ricardo Quaresma. CR7, so far, has had two goals in four games in the competition.

Here are the stats from January 01st to June 28th, 2016 between Lionel Messi and Cristiano Ronaldo (including all competitions from club to country):

This is it. The end of the season has arrived with the Champions League final at the Stadio Giuseppe Meazza behind us. Real Madrid CF won their record 11th European Cup title thanks to a penalty shootout versus local and arch-rivals, Club Atlético de Madrid (1-1. 5-3 after extra time). Cristiano Ronaldo scored the winning penalty kick, but was invisible for most of the game and was kept off the scoresheet on that one. He adds another Champions League winning medal, his third (one with Manchester United FC and two with Real Madrid CF).

As for Lionel Messi, the Argentine captain and his teammates prepare themselves for la Copa America Centenario due to begin one June 03rd. La Albiceleste played and won a friendly match against Honduras, 1-0, with a superb goal from SSC Napoli striker Gonzalo Higuain. Messi was kept off the scoresheet and left the game with what appeared to be a lower-back injury.

Here are the stats from January 01st to May 30th, 2016 between Lionel Messi and Cristiano Ronaldo.

With the end of the season behind us, Lionel Messi was the only player busy this week with the Spanish King’ Cup final (la Copa del Rey). FC Barcelona played Sevilla FC, who were just recently crowned Europa League champions for the third year in a row. Despite that, the Catalans giants made sure that they were the only Spanish team to win two trophies this year with a 2-0 victory over their rival from Andalusia. Lionel Messi was on target with two assists.The Argentine international wins his second title in 2016.

Cristiano Ronaldo and his team were off this week and will play the last game of this season against Atlético Madrid for the UEFA Champions League trophy, this Saturday, at the Stadio Giuseppe Meazza (San Siro) in Milan, Italy.

The statistics so far from January 01st to May 22th, 2016 are the following between the two biggest stars of football: 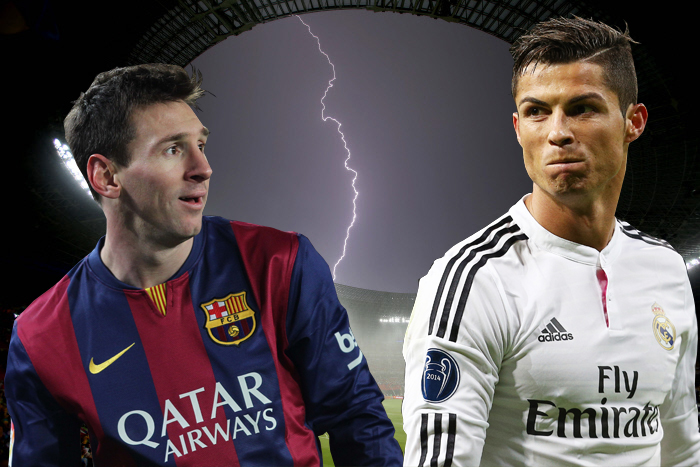 La Liga BBVA was decided on the final day of the season and it is FC Barcelona, as usual in recent years, who were crowned Spanish champions thanks to a 3-0 win at Granada, with “El Pistolero” Luis Suarez on target with a hat-trick. The Uruguayan international has, by the same toaken, won the “pichichi”, La Liga’s top scorer award for the season 2015-16, and also the European Golden Boot. A fantastic season for the former Ajax and Liverpool hitman.

Lionel Messi was kept off the scoresheet during this match, but wins another medal to his already large collection.

Real Madrid CF, who will play their local rivals in the Champions League final on May 28th, for the second time in three years, has given Los Blaugranas a run for their money up until the end but it was not going to be, despite a 2-0 win at Deportivo La Coruna thanks to a brace by Cristiano Ronaldo.

Here are the statistics for both players from January 01st to May 16th, 2016:

Lionel Messi has one more game to play this season for his club and it is the Spanish Cup final versus Sevilla FC at the Vicente Calderón Stadium, Atlético Madrid’s home, while Cristiano Ronaldo will have a chance to collect a third Champions League medal the following week. 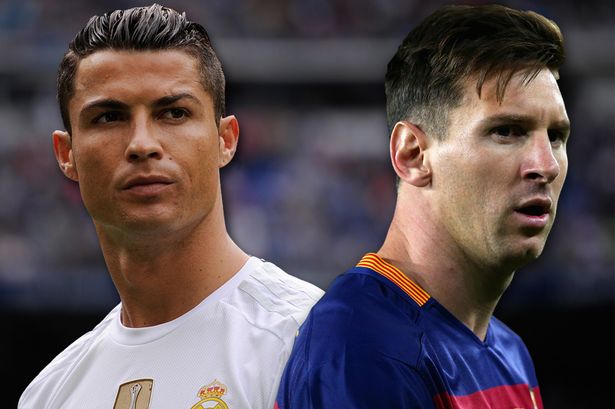 This week was the penultimate game of the season in La Liga BBVA and the title is still up for grab. One team, Atlético Madrid, has been eliminated of the race because of a 2-1 last-minute loss to relegated team Levante.

Meanwhile, Real Madrid CF held on to a 3-2 win at home against a tedious Valencia CF side and kept their hopes of being champions alive.

FC Barcelona trashed their local rivals, Espanyol, 5-0 and avoided the same fate that occurred during the 2006-07 season when, at the same period of the season, Los Blaugranas settled for a tie against the same opponent and handed the title to their arch-rival.

Champions League football was also on the agenda, earlier last week, with Real Madrid winning 1-0 at home against a lacklustre Manchester City FC in the 2nd leg of the semifinal. Cristiano Ronaldo was not involved on the scoresheet.

For this week, the statistics are the following between the Argentine and the Portuguese international for 2016: